WRA’s Geotechnical Engineer arrived in time to see the last cars fall into the hole. We advised the City regarding public safety concerns and established a movement monitoring program for 26th Street. We continuously evaluated conditions through the first night and developed a repair concept plan by dawn. We drilled test borings the next day to confirm site geology. Debris from the tracks was used to buttress the slope’s base and the railroad was reopened. We identified nearby available materials and designed a temporary tied-back wall of drilled/socketed 14 x 89 steel H-piles with lagging to protect the adjacent homes. Pile rigs were confined to the narrow remnant of 26th Street. After collapse debris was fully excavated, WRA approved the footing subgrade for the new cantilever concrete retaining wall and monitored geotechnical construction on a daily basis. 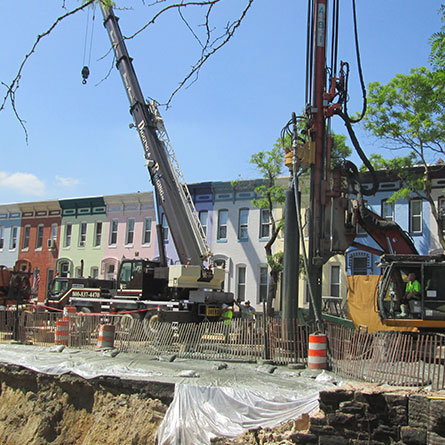 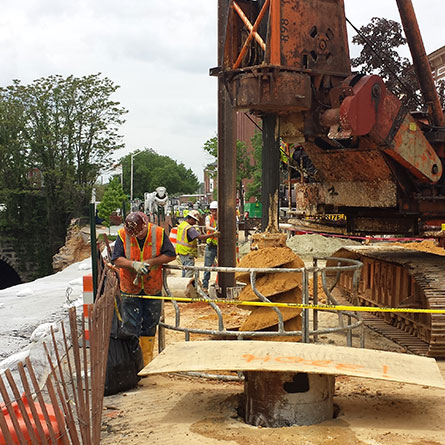 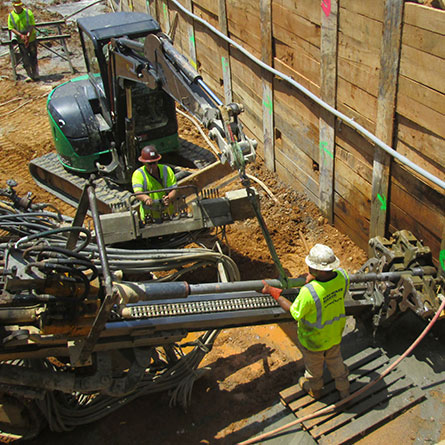 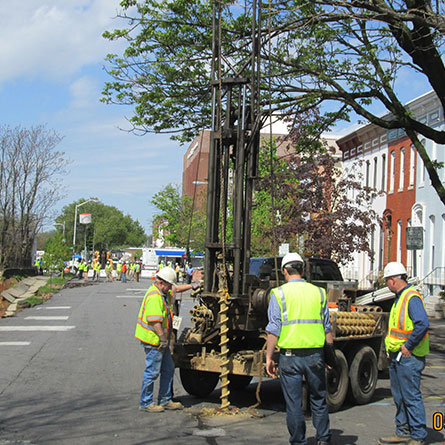