Beginning in late January 2019, WRA led the project working alongside subconsultant RJM Engineering, only five months before construction needed to be completed to satisfy grant requirements. We finished the planning and design stage of the project, including three public meetings, in less than three months. An on-call contractor began construction in early May and substantially completed their work in June. The result is a safer, more people-oriented and business-friendly Harford Road. 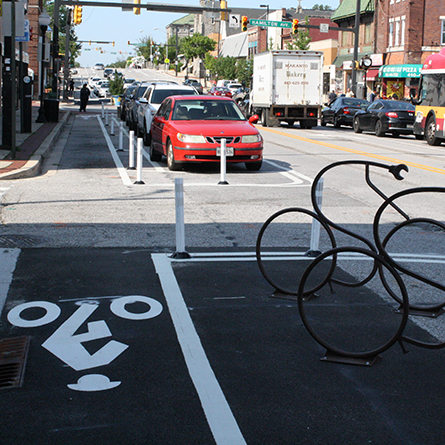