The governor toured the I-895 Bridge Project to meet and greet work crews responsible for the bridge replacement and Baltimore Harbor Tunnel rehabilitation – the largest and most impactful part of the project. The bridge project is on track to be completed ahead of schedule.

The 60-year old I-895 Canton Viaduct was the only structurally deficient bridge on MDTA’s bridge inventory. I-895 is a major commuter route and is sensitive to construction sequencing. 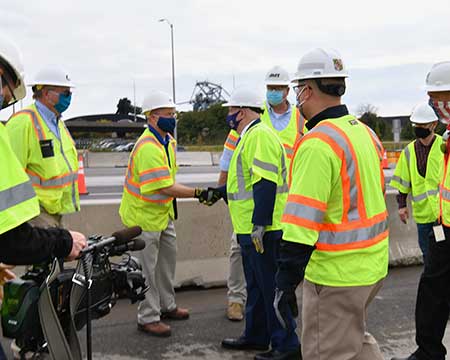