Since 1915, Whitman, Requardt and Associates, LLP has brought groundbreaking innovation, creativity and impact to Baltimore and the world at large.

In 2015, we celebrated a century of projects that defined our firm and left a lasting mark on society. But our story won’t end in the present.

In 2015, our company celebrated 100 years in business. While turning 100 is significant in itself, we are especially proud of the fact that we have maintained our Baltimore roots and our attention to quality and personal service. It is remarkable, too, that in an era of business that rewards consolidation, we have been able to maintain our status as a privately-owned and locally-managed company.

We like to say that WRA started with fire but stayed with water. After a massive fire leveled a huge part of the city in 1904, efforts began to rebuild a better, stronger Baltimore. In the years that followed, city leaders recognized that one of the most important elements in the effort was to build an infrastructure for water and wastewater.  One of WRA’s founders, Ezra Whitman, emerged as a pivotal figure in that period by designing Baltimore’s Montebello Water Treatment Plant and Back River Wastewater Treatment Plant.

Montebello has been described as one of the “biggest and most important undertakings in the history of the city as it meant pure drinking water for all of Baltimore.”  It significantly reduced deaths from typhoid that prior to 1915, killed almost 30,000 people.  At its opening, Mayor Preston credited WRA’s founder, Ezra Whitman.  He stated, “More than four years ago, when I went into office, I appointed as Water Engineer Ezra B. Whitman, a Baltimore boy who had won his laurels in the new sewerage works.  It was an experimental appointment, but I want to say that it was due to him, more than to any other one man, that the credit for putting this great work through without a hitch is due.”

That attention to quality, detail, and personal service has remained the firm’s bedrock. WRA has evolved into a multi-faceted engineering and design firm capable of meeting the demands of a rapidly evolving society.  This philosophy became more and more evident by the indelible marks left by the firm in both public and private sectors. The firm held the nation’s first defense contract and designed expansions and improvements to arsenals all over the country during World War II.  In the years to follow, WRA engineers were instrumental in improving society’s quality of life with cleaner water; context sensitive site development; more secure buildings and workplaces; safer roads, bridges, and railroads; and more efficient shipbuilding.

Now, as we break ground on a new century, we embrace the challenges before us.  What new wastewater treatment strategies might be developed to continue to improve the water quality of our streams, rivers and bays?  How will smart cars communicate to minimize traffic congestion?  What innovative energy reducing measures will lead us to net-zero buildings as the norm?

We look forward to finding the answers and building solutions that make our city, our State, our region and our country better and stronger. A lot can happen in 100 years, just ask us. 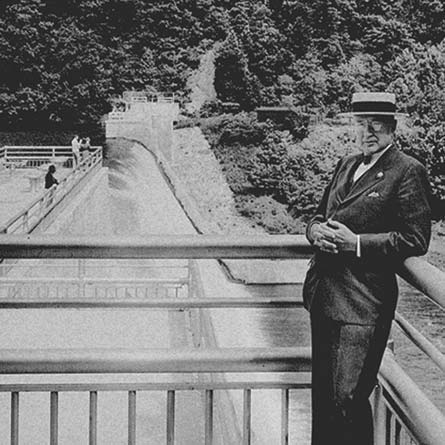